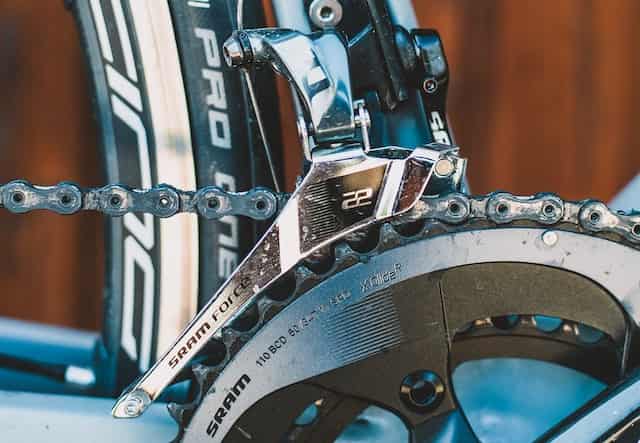 What Is A Braze-On Front Derailleur?

In this post, we will go through what is a braze-on front derailleur on a mountain bike. Let’s get started!

What Does Braze-On Mean?

Braze-on is a term for any number of parts of a bike that have been permanently attached to the frame. If a braze-on derailleur refers to a derailleur that is welded, bolted, or glued onto the bike frame.

What Is The Difference Between Braze-On And Clamp-On Derailleur?

A clamp-on has a metal clamp that wraps around the tube of a frame that does not have a built-in mounting tab for the front derailleur. Braze-on derailleurs can be mounted to frames that do not have a mounting tab, using an adapter.

What Is A Braze-On Front Derailleur?

The advantage of the braze-on is that it allows the bike manufacturers to make a non-cylindrical seat tube or use a non-standard diameter at that point on the frame. There is a limitation that the derailleur-positioning options compared to the clamp-on derailleur. This could be possible for those wanting unusually-sized chainrings.

What Is The Difference Between Braze-On And Band-On?

There are 2 types of mounting for the front derailleur. These are as follows.

The band-on on the derailleur is a band that clamps around the bike’s frame seat tube. There are 2 band sizes of 31.8 mm and 34.9 mm. You need to check your bike’s current frame or model. The clamp size is frequently written within the band.

The braze-on type means that the bike parts are mounted directly onto a small tab on the bike frame. This type is mostly used on old steel frames but it has turned into modern carbon frames. The tab gets rid of band clamping around the frame.

This could result in possible damage to the carbon frame. This can also free up the bike’s seat tube area for outsized tubing design.

If you happen to change your bike frames and were using a braze-on derailleur but need to use a band-on derailleur there is no reason to worry. You can still buy a braze-on clamp with the mech attached so you can convert it into a band-on type.

They are available in various shapes, sizes, ranges, and colors. You can choose one which is suitable to your taste, need, and budget.

There are really only two types of road front derailleur mount, and the band-clamp type is becoming less common as the braze-on can be bolted up to fit anything.

Finally, I hope this article covering what a braze-on front derailleur on a mountain bike was helpful. The front derailleur’s main job is to move the chain between bike chainrings. The braze-on is the name given to parts of a bicycle that have been permanently attached to the bike frame.

And that’s it for now! I’d love it if this post on what is a braze-on front derailleur on a mountain bike was helpful to you. Let me know if you have any questions and let me know if there is more to add.